A feral and upbeat collection of royalty-free music songs that blends a slice of classic Balkan traditions (Gypsy, Turkish, Serbian, Greek, Romanian, Slavic and other Southeastern European influences) with current and dynamic rhythms from Hip-Hop, R&B, Dance and Club.

These High-Demand music tracks are perfect for your next blockbuster film, TV & radio commercials, video, multimedia, web, games, or any project that requires an authentic Balkan experience. 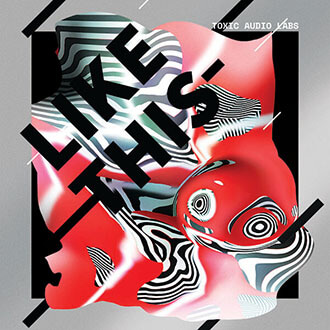 The idea of Balkan music, to those who are unfamiliar with it, can make them think of something old-fashioned and outdated. Folk music “Like This” takes traditional Balkan music and adds a modern twist. A strong beat and the use of synthesizer creates an edgy feeling, while the melody, though simple and repetitive, is catchy and good for dancing. Top it off with some rap-style ad-libs, and you have a piece of music that sounds like it could be playing at a hip nightclub.

This energetic piece creates a rhythmic, angular, exotic sound that fills the listener with the desire to move. The modern sound of the synth and the crisp sound of the brass dominate the piece, creating a simple, but effective theme. Overall, “Like This” is an excellent contemporary piece of Balkan music that can be used to add energy to the environment without being overly distracting. 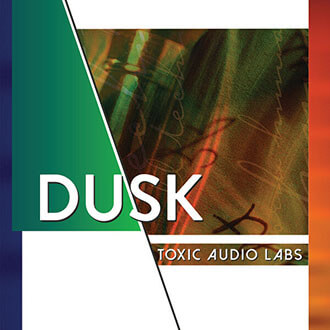 Starting off with frantic drums, “Dusk” feels almost punk until you add the strings in. This frenzied piece is dominated by strings that sound like they are barely in control. The purposeful glissandos and messy finger work give the feeling of chaos, a feeling that is accented by the similar out of control feeling from the other instruments, namely what sounds like an accordion. The instruments collide in a way that is wild, but still sounds interesting and logical to the ear. There is some tension with certain chords being almost too tight to sound good, but the tension works in favor of the song. The sense of unease builds and builds, but never becomes too much for the listener.

“Dusk” is an excellent song to use to incite feelings of delirium or to portray a scene of drama and chaos. It maintains what makes Balkan music, while sounding like nothing you’ve ever heard before. This is a great piece of music, and it certainly warrants more than one listen. 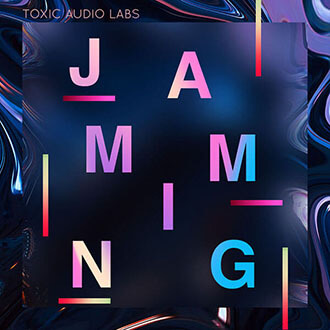 Starting out with a disco feel, “Jamming” quickly transitions to a woodwind heavy melody. The vibe goes from nightclub to jazz bar to reggae and back again in the blink of an eye. This quickly transforming piece of music is held together by a distinctly exotic synth beats, reminiscent of the sort of thing you hear in a Bob Marley song. Once it’s started, this song keeps up the pace, never slacking when it comes to tempo. It’s energetic and enjoyable to listen to.

“Jamming” is unexpected and unique in all the right ways. The way this piece blends such seemingly unrelated elements into one song is fascinating. Add a couple of odd touches, including a rooster crow or two, and you have a piece of music you’ll want to listen to again and again. 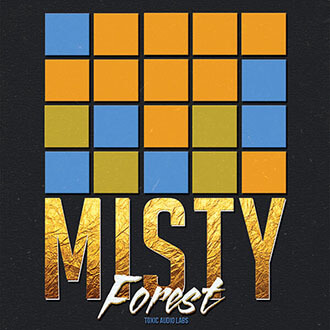 “Misty Forest” is a dizzying song with a heart pounding rhythm. The minor key adds a sense of mystery and makes this a good track to use when you want to create an atmosphere of suspense, without making the listener too tense. It’s the difference between the music you hear in a spy or detective movie, and the music you hear in a horror movie. “Misty Forest” is more of the former, providing intrigue without causing anxiety.

Opening with a powerful synth run, this piece eventually mellows out into a hypnotic blend of wind instruments. Winding woodwinds and brass add a touch of exotic to this song. The song ebbs and flows in terms of volume but retains its emotional energy. Throughout, a repetitive syncopated drum rhythm keeps things connected. Overall “Misty Forest” provides a good mix of energy and intrigue, all while maintaining the exotic and rhythmic sound of Balkan music. 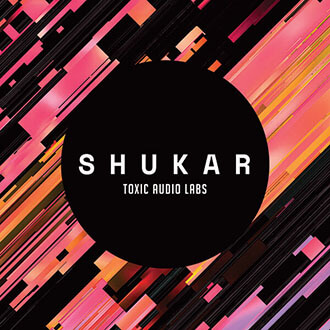 With its steady, almost tribal sounding drums and haunting use of synth, “Shukar” sounds like a walk in a jungle. Elephantine trumpet calls are interrupted by female vocals speaking in the Romani language. The vocals are as steady as the drums, like a rap or spoken word. While steady in tone and dynamics, the woman’s voice is edgy and has a good attitude. There is no melody to the voice, with the melody being carried by the instruments, namely the trumpet mentioned earlier.

This intensely rhythmic piece of music gives off a mysterious feeling, the crisp, repetitive beats taking control of the beats of your heart and resonating in your chest. It ends as suddenly as it begins, the trumpets giving one more burst before going silent. 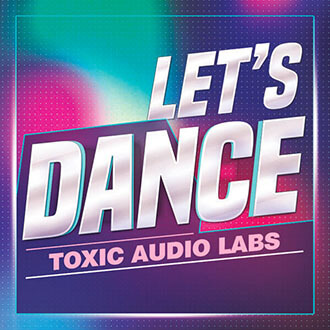 This song lives up to its name. “Just Dance” is dominated by an addictive rhythm that makes the listener want to move their body. Not your typical nightclub music, this piece leans more in the vein of folk music. It feels traditional, but that doesn’t have to mean boring. Balkan music, after all, is known for its energy and interesting rhythms.

In this song, the melody is unpredictable and winding, sometimes veering into the realm of chaotic. The string instruments play in a deliberately messy way, sliding along the strings to create a disordered feeling. Behind it all, a modern beat keeps things just barely organized enough to make sense.

Despite the chaos and sometimes nearly too dissonant notes, this piece of music is addicting. “Just Dance” might be out of place in your typical nightclub, but this unrestrained piece of music will still get listeners out of their seats, and their heart pumping a bit faster. 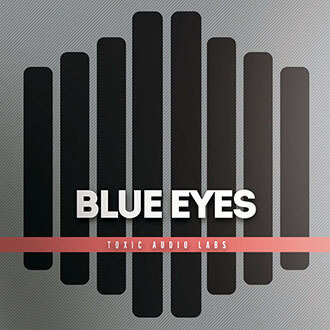 With its syncopated rhythms and clever use of brass instruments, “Blue Eyes” is reminiscent of Latin dance music, especially salsa music. The percussion line is infectious with its energy, enticing the listener to get up and dance. The addition of electronic keyboard adds an almost blues-y flavor, but the brass and beat keep it feeling exotic and fun. There is nothing boring or typical about this song. Despite its similarities for other types of music, the way it blends Balkan sensibilities with Latin flavor is unique and interesting.

“Blue Eyes” works both as dance music, and as a captivating song to listen to without moving at all. This piece is a song that demands attention and works best when it’s given space to shine. The melody is repetitive and powerful, frequently peaking with a powerful blast of brass. This piece is compelling, and a first-rate choice for people seeking a potent song to capture an audience. 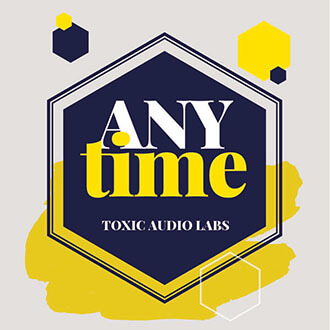 “Any Time” is a percussion heavy piece with some melodious wind instruments and rap-style ad-libs mixed in to create a piece that is both classical feeling, but distinctly modern. Harkening to Latin dance music, the tango in particular, this song is a fascinating blend very different elements to create an aural journey. It is impossible to predict what is going to happen next. The rap ad-libs can feel almost unnecessary, with such a lush melody already dominating the song, but they are undeniably fun and add an extra kick to the piece.

Overall, “Any Time” is a sultry, sexy piece of music with a rap twist, a song that could feel at home in a variety of situations. It can blend into the background or stand on its own. Either way, it is enjoyable to listen to, and even more enjoyable to dance to, especially if you know how to tango. 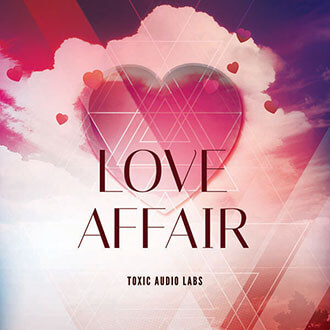 With a crisp and defined rhythm and melody, “Love Affair” sounds much more traditionally Balkan in terms of styling. However, unlike traditional Balkan folk music, this song gives off a different kind of exotic feeling. The winding and hypnotic wind instruments that carry the melody offer a romantic sound, calling to mind the sounds of the Middle East. It transports the listener to a distant place, calling to mind a romance in a land of palm trees, camels, and gossamer fabrics blowing in the cinnamon scented breeze.

Despite being musically complex, with a dizzying run of notes as a melody, “Love Affair” has the benefit of being tonally steady, lending it well to being a background song. Due to its well-regulated tempo and tone, it does not stand out too much, and can therefore blend well with other sounds. That being said, it is still an interesting song to listen to. Simple does not mean boring. 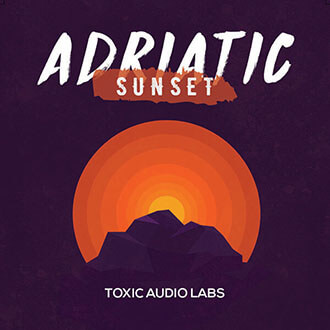 Opening with drums and vocals, “Adriatic Sunset” is a bizarre, but peppy, piece of music. Reminding the listener of early Ska music, this trumpet heavy piece is dynamic in all the right ways. Simple but energetic, this song delivers a unique sound with its unusual rhythm and heavy use of freestyle ad-libs. The ad-libs, performed by a male voice, are sometimes sudden and unexpected, but help add some interest in a rather repetitive song.

Guided by the steady cadence of the backing brass, this song weaves other brass instruments with ease, sprinkling in synth, vocals, and percussion to add aural interest. Although it might not be for everyone, “Adriatic Sunset” can be a good choice for someone looking for a quirky piece of music that still sounds pleasant to the ear.