With a pure flavor of that refined Brasilian ambience, this Bossa Nova and Samba inspired royalty free music collection provides an instant hit. Perfect for podcasts, film and video, TV and radio commercials, games, applications, or any project that needs an authentic feel of smooth Brasilian grooves. 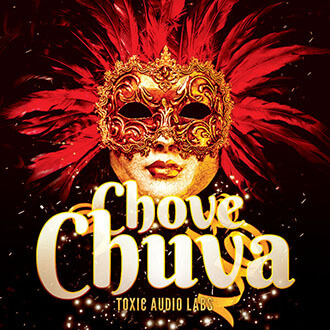 “Chove Chuva” opens with an energetic guitar and peppy vocals. Reminiscent of falling rain, the beat is syncopated and gentle, almost disappearing under the guitar and vocals. A soothing woodwind joins in occasionally, adding another level of peacefulness to the piece. Despite the simple melody, this cheerful song captures the attention and the heart of the listener, transporting them to a place that is cozy and safe.

The bold guitar and vocals are tempered by the soft beat and floaty woodwinds, creating a well balanced song that perfectly captures the feeling of being warm and dry in the middle of a storm. Overall, “Chove Chuva” is a great piece to have in the background while cooking, spending time with friends and family, or relaxing at home. 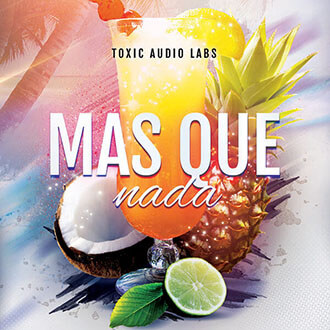 The singing is definitely the focus of “Mas Que Nada”. An intro of soft drumming and barely-there bass quickly transitions to powerful vocals. They dominate the soundtrack, rising above the percussion and rhythmic guitar. The addition of small percussion instruments also adds to the depth of this piece. The vocals alternate between a staccato rhythm, and a more fluid, winding sound, creating a layered and interesting sound. These changes between staccato and legato compliment and contrast in turn with the percussive guitar and the floaty, winding woodwinds.

“Mas Que Nada” is a sunny, almost jazzy piece, perfect for listening to when you want to brighten up your mood. The best part is it can easily be looped, meaning you can keep this song going for as long as you like. Overall, it’s an uncomplicated, unfussy piece that delivers the right amount of energy and complexity. 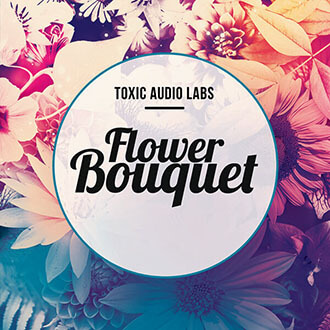 A syncopated rhythm adds flair to a simple guitar melody in “Flower Bouquet”. An easygoing and cheerful song, this piece focuses heavily on a variety of percussion instruments. A drum set is used with a light hand, and a pair of wooden rhythm sticks also seem to make an appearance, their pleasant clacking rising above the rest of the music. Layered on are the occasional woodwind and a deep male voice that vocalizes beautifully.

The use of multiple percussive instruments and strong vocals keep “Flower Bouquet” feeling fresh. It’s a great piece when you want something to blend into the background and not call too much attention to itself. 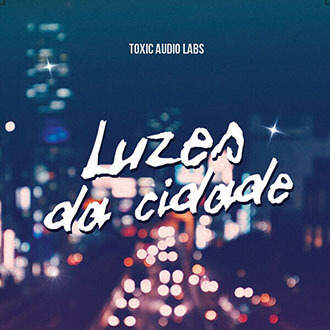 “Luzes da Cidade” does not hold back with the energy. This piece has an urban feel with a fast pace and strong syncopated rhythm, but it keeps from feeling too aggressive thanks to a cheerful woodwinds and gentle vocals. The city “Luzes da Cidade” calls to mind isn’t the kind of city where people rush and stress, but rather a coastal city where the attitude is relaxed and people can enjoy themselves long into the night.

The track is minimalist and unfussy, but still full of warmth and character. Although the drums, guitar, woodwinds, and vocals are all strong, they each have their moments to shine, and never feel like they are competing. Another great options for non-intrusive music, “Luzes da Cidade”‘s more energetic pace would make it well suited to play in the background at a cocktail party, or when having people over for dinner. It is the kind of song that encourages relaxation and good conversation. 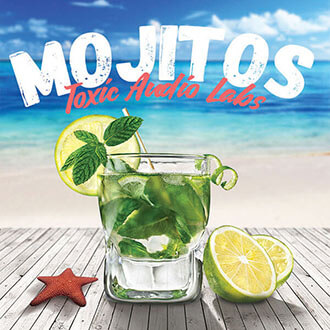 Listen to “Mojitos” and you’ll be transported to a place where all you have to do is lie in the sun and sip the frosty glass in your hand. The kind of music you might hear at a beach resort, “Mojitos” is a breezy song with lots of light flute and soft guitar. The vocals are leisurely, complementing the flute without overpowering it. A rapid beat and a touch of cymbal adds just the right amount of edginess to keep things interesting to listen to, while being quiet enough to maintain the peacefulness of the song.

Thanks to this restraint, no one element stands out too much in this piece, resulting in a very cohesive and smooth song that flows through your ears like water. This is the kind of song that doesn’t require focus or thought to enjoy, making “Mojitos” a wonderful song to play when you want to relax and just let go. 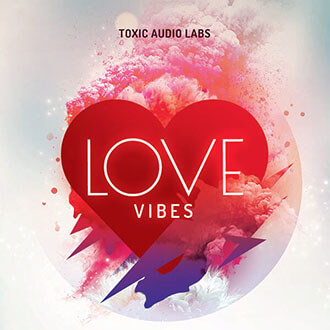 With a sultry beat and longing woodwinds, “Love Vibes” captures the feeling of being in love and missing the person when they’re not next to you. The slight melancholy of the song is supported by a slower tempo and legato singing. The yearning voices sing out over the music, blending with those lovely woodwinds. The woodwinds follow the same melody as the vocals, but the differing quality of the sound makes it feel like a lovely accent, instead of a boring copy.

While it lacks the fiery passion of say, salsa music, this Latin piece manages to feel exotic in all the right ways. The beat has the syncopation you expect from Latin music, and the woodwinds aren’t like anything you typically find in Western music. The ending is pleasant as well, a gentle cymbal rounding out the song nicely. If you want something romantic but understated, this song is a great choice. “Love Vibes” captures the sound of summer love, fragile but full of hope. 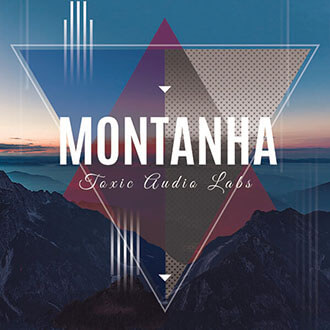 Opening with gentle guitar and a faint keyboard, “Montanha” invites the listener to relax. This is the perfect background song, with no standout elements to this piece. The drums, guitar, and woodwinds blend together to create an easygoing, uniform melody. Vocals in this song add a touch of fun, while still maintaining the overall uniformity of the piece. They jump between notes rapidly, the rapid tempo making it sound like rushing water.

The ending is particularly satisfying, the guitars ending on pleasant sounding chords that don’t feel too sudden or out of place. Slightly hypnotic and with a touch of exotic, “Montanha” is a song that gets into your head before you realize it’s even there. As mentioned before, it would be great as background music when you want something discreet but enjoyable. 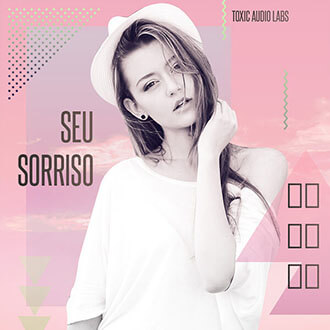 The opening of “Seu Sorriso” is dreamy, a lone guitar singing out in the silence. This silence is soon accented with a very syncopated drum and cymbal, completely changing the energy of the song and taking it in a new direction. A peppy song with a simple melody, it perfectly captures the feeling of being young during the summertime, of being so free and full of life. The song is an uncomplicated and effective blend of rhythmic guitar, swaying vocals, and the occasional touch of woodwind. Sometimes the vocals will enter a tense harmony, the notes feeling too close together, which adds just enough tension for it to be refreshing.

As simple as “Seu Sorriso” is, it still manages to get the listener to smile. Overall, this piece would be great in a situation where the song can command a bit more attention. After all, the vocals are quite striking, and command the listener’s attention. “Seu Sorriso” is the kind of song that calls to mind happy memories, and for that reason alone it’s wonderful to listen to. 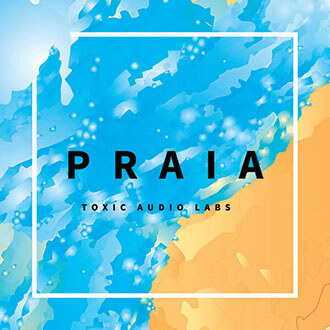 Lots of cymbal and a groovy bass introduce “Praia”, before melting into a floating blend of drums, vocals, guitar, and woodwind. “Praia” captures the feeling of a day at the beach, from the waves pounding rhythmically on the shore, to the soft, salty-kissed breeze blowing by. The slower tempo lends it the air of being a laid-back piece, even the vocalists seem to be taking their time.

However, while it may be a slower song, it is not boring. The drums are particularly nice, the cymbals from before also making an appearance, as well as maracas. They energize the song with their syncopated and varied beats. Overall, “Praia” is a great piece to play in the background on a road trip, a cozy dinner in, or, as the name suggests, at the beach. It’s sure to encourage relaxation and cheerfulness in the listener. 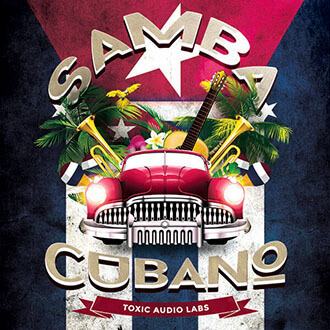 With its moody bass and drums, “Samba Cubano” gives off a grungier, sexier feeling, even as the piece adds peppy vocals and woodwinds. Samba is both a style of music and a style of dance that was developed in Brazil with considerable influence from Africa. In this piece, vocals dominated, the rapid tempo and quick changing of notes creating a dizzying melody that is echoed back on the woodwinds. The rhythm is kept using shakers and sharp drumming, as well as the moody bass from earlier, although it takes a backseat to everything else.

“Samba Cubano” is much gentler than some other mainstream samba songs, which often include a lot of brass or intense percussion. However, it does contain the samba rhythm, lending it the exotic flair people appreciate in samba. Overall, “Samba Cubano” is an enjoyable song to dance to if you are familiar with the dance style, or to listen to, especially on a warm summer night.