This collection of royalty free music tracks is influenced by the Disco sounds of the 70s. Infuse your projects with modern boogie-fever audio tracks no matter if video, film, TV, radio commercials or any other multimedia related productions. 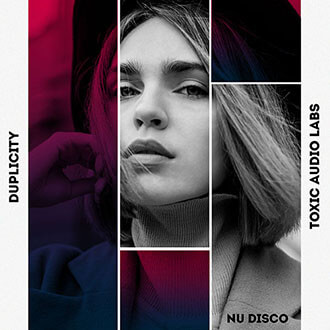 A strong, Rock ‘n’ Roll beat lends an edge to “Duplicity”, accented by the use of minor scales. This is a song with some bite to it, despite stylistically being a disco piece, a genre that most people associate with upbeat, happy tunes. Bongo drums add an exotic touch, while the electric guitar and synths play a melancholic, tense melody that keeps the listener on edge. Rumbling bass is barely noticeable under the guitar and drums, but makes a wonderful addition that can be felt more than heard.

More for listening than dancing “Duplicity” is a layered, emotionally charged piece. It manages to be tense and a little unnerving, while still holding on to the groove people expect from Nu Disco. 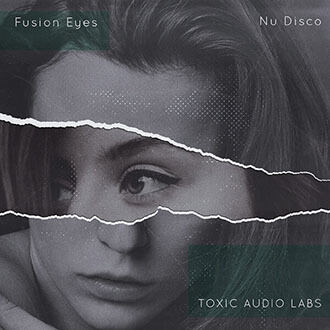 “Fusion Eyes” starts of tense and hushed, as if there’s a secret it doesn’t want to reveal. The tone of the song is withdrawn, never seeming to reach the volume you would expect. A frantic beat, played by cymbals, simmers underneath multiple rhythmic loops and a quiet guitar that plays a simple, continuous melody. It’s this guitar that provides a bit of relief from the often frenzied synths, which quiet down every once in a while before ramping back up, a typical sequence of Nu Disco. In the quieter moment, floaty synths alternate between amping up the tension and offering a moment of relaxation. Either way, they inevitably give way again to the wild cacophony of the rest of the song.

This constant sensory overload can lead to some rapidly beating hearts, as the rhythm takes control. Overall ” Fusion Eyes” provides a unique tension that wouldn’t be out of place in a heist or spy themed movie. It is an interesting iteration of Nu Disco, and can be fun to listen to, if your heart is up for it. 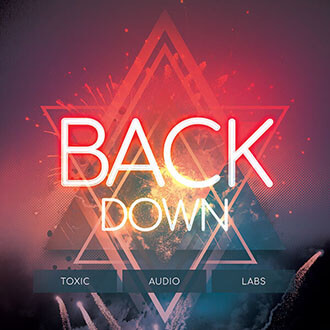 Nu Disco Background Music: Back Down

Electric guitar harmonizes with heavy synth to create a unique funky sound in “Back Down”. The synths are energetic, some sounding like string instruments, while others wail away like alien voices. These bizarre sounding synths add a distinctive sound over the simple electric guitar melody, transforming the song into something special. A strong drum groove, accentuated with bongos and percussive stabs, maintains a steady beat under the wild and oscillating melody. Although subtle, it’s the kind of beat that you can feel in your chest, a welcome source of stability and rhythm amidst the electronic cacophony of the rest of the piece.

Overall “Back Down” captures everything good about Nu Disco. It ramps up and down, keeping the listener engaged through creative use of synths and changes in rhythm. Upbeat and cheerful, with a touch of absurdity, this is the kind of song that makes you want to dance. 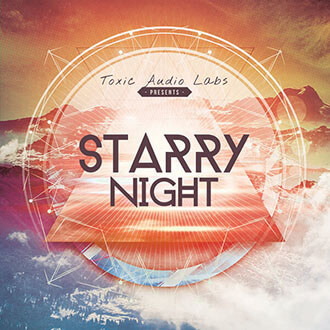 Deep bass starts out “Starry Night”, a funky beat reminiscent of old-school disco. The addition of keyboard and ad-lib female vocalizations strengthens this retro feel, as does the use of string-like synths. All these elements combine to create a new song that is a total throwback to original disco, without sounding like a copy of something that came before. Multiple synth breakdowns during the course of the piece allow for a strictly modern element to the song as well.

Overall, this song could work both in the club, or for easy listening. The one downside is that “Starry Night” ends faster than expected, but luckily, as with most royalty free music, it was designed to be easily looped, allowing for a longer run time. When a song is this fun, it warrants more than one listen. 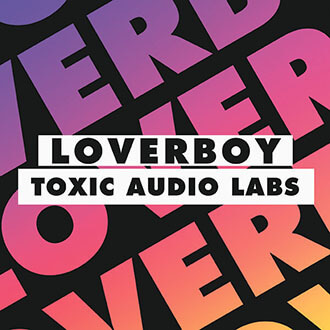 Sunny and upbeat, “Loverboy” would fit right in at an 80s nightclub. The sultry bass gives this song an old-school sexy feel, which is perfect for a song with this kind of name. The melody of this song calls to mind original disco, with the use of reverb on the synths, and the introduction of a keyboard. This keyboard is the anchor of the piece, playing melodies that are echoed back using the synths.

A little tense, but with a consistent high energy, “Loverboy” is perfect dancing music. With its powerful beat, it’s a great song to encourage people to move their bodies and mingle with each other. The vintage sound may also make it popular with older audiences, who were around when disco was still popular in clubs around the world. 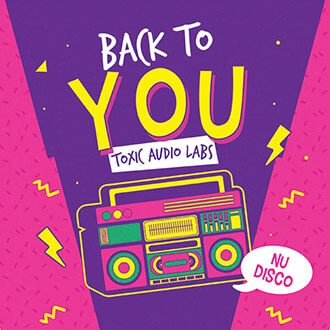 Nu Disco Background Music: Back to You

“Back to You” opens with a punch, the sound of string instrument-like synths melding with a deep, rumbling bass. The tempo is rapid, the beats hitting in quick succession. The synths switch between sounding like strings, to sounding like brass instruments. Other times a high, floaty synth will accentuate the piece with a glissando, sliding up and down in a haunting, almost melancholic way. That being said, there’s nothing sad about this piece. In fact, there’s something about this song, perhaps the rhythmic thumping of the bass, that makes this song feel sexy. It resonates low in the belly, near the pelvis.

The creative melding of electronic elements with real instruments, especially that bass, makes “Back to You” an irresistible piece of dance music. The high energy and strong rhythm of the piece make it perfect club music, even for people who might not be familiar with Nu Disco. It’s the kind of song that can be enjoyed by anyone. 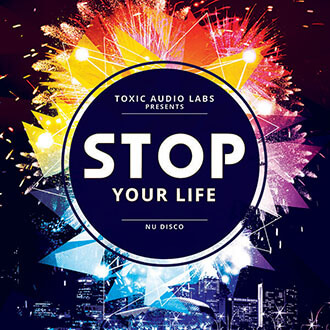 A song that is at once melancholic and frenzied, “Stop Your Life” is a uniquely composed Nu Disco song. Starting out with powerful beat and a string-like synth playing a minor scale, the sadness of the piece is intensified using a keyboard and several synths with powerful reverb. At some points the music will fade away almost completely, only the quiet bass and a wildly oscillating synth wailing away like the echo of a shout.

The end result is a song that sounds like a cry for help, deeply unnerving, but excellent to listen to. It can be used in situations that call for the building of tension or feelings of desperation and sadness. “Stop Your Life” is definitely not party music, but it warrants a listen. 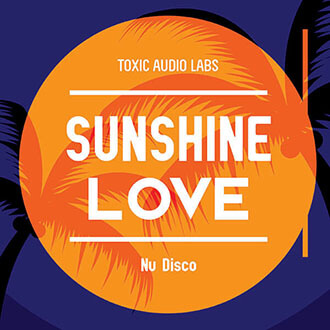 “Sunshine Love” lives up to its name, giving off the feeling of a carefree summer day. A strong, very funk bass guitar starts things off, freshened up with the addition of cymbals and floaty, upbeat string-like synth. Percussion comes in later, supporting the beat set up by the bass guitar and rounding out the sound. This song is dominated by that guitar, the gritty sound giving a bit of edge to this lighthearted tune. It creates a sound that grabs your attention and makes you want to move your body.

Overall, “Sunshine Love” is a nice laid-back song that could fit in many situations, from a club setting to a road trip soundtrack. The strong beat makes it easy to dance to, while the cheerful melody allows for easy listening. This piece is a perfect blend of modern edginess with the retro vibe that makes old-school disco so fun. 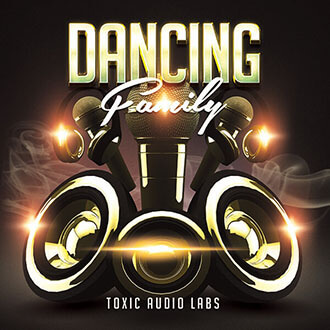 “Dancing Family” disarms you from the very beginning, and continues to surprise. What starts out as a typical upbeat song is transformed by the addition of subtle strings, barely audible over the strong synth. These strings play a simple melody, humming underneath the rest of the sounds and giving the entire piece a longing, nostalgic feel. While these strings are the main driving factor of the mood of the piece, the song itself is dominated by a strong drum and guitar beat, accented with powerful, distorted synths that build and drop throughout the piece, building tension and suspense.

With all these different elements stacked on top of each other, “Dancing Family” is almost overwhelming. Each listen invites a new discovery, something that you had missed the first time. This song is especially interesting to listen to with headphones on, as sound travels from side to side, giving an overwhelming 180 degree auditory experience. Overall, while “Dancing Family” might not be a song people can dance to, it’s a fascinating song that warrants one listen, if not more. 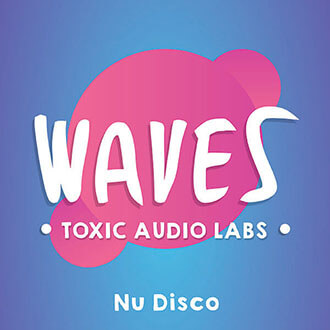 Starting off with a strong, rhythmic guitar, and groovy beat, “Waves” is a powerhouse. The guitar really gets to shine here, with synths acting mostly as accents, which is a nice twist to the usually very synth heavy tracks that dominate the Nu Disco genre. While this piece is very repetitive, it never feels boring. It cycles through enough themes to keep the momentum going, spacing out the more rhythmically complex stanzas with muted sections that keep the upbeat parts feeling interesting.

While too laid-back to be a club song, “Waves” is still a strong piece of music that commands attention. The powerful beat still encourages movement, and people who enjoy dancing can still find ways to groove to this piece. It would also be great in situations that call for energy and good vibes, such as house parties or other such large gatherings.