This library of royalty-free music sound tracks is an accurate representation of today’s modern Bollywood songs. Chock-full with Indian strings, flutes and percussion, vocal lines and rap phrases, combined with Western Pop, Hip-Hop and R&B styles, ready to be infused into any contemporary production. 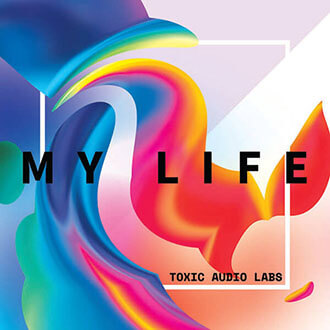 A deeply passionate and beautiful song evident by not only crisp production but outstanding vocal colors. A man and woman component shine through consistently in the song with much smoothness, soft dance-worthy and familiar. Perhaps one may find the bpm aspect a bit overused in the production sense, but the variety of instrumentation envelope quite nice and courtly. As a listener, one can truly appreciate the exotic flutey high points, the dramatic string sections extending much landscape. There are little sitar elements, acoustic subtleties, and a few piano elements as well, along with elongated singing bits which emit a sense of elegance and charm.

“My Life” is a track that without a fret sounds and feels inviting, not to mention heightened. It captures a kind of dance at a wedding choreographic/cinematic spirit about it, yet it feels light and simple, something which could lend an integral hand in Hindi films for ages to come. A simple mood is ensured not feeling alien or disenchanted, but capturing a peaceful romance, sonically charged with a warm greeting, epic string scales of a motion picture quality not too polished but exotic. Something about it is quite heartfelt, emotional and scenic, especially in a traditional Bollywood setting. 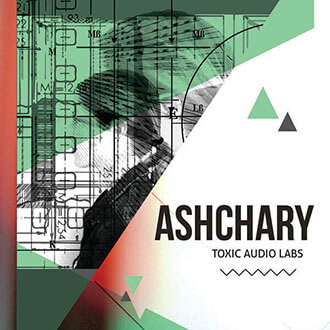 What we hear are these caustic ethnic rhythms, predominant production, some pretty breakdown hip hop dynamics, a few Bhangra proportions shining through quite glamorously. It is very high energy, eclectic and traditional sounding. Music as such impresses you with a Hindi film Bollywood soundtrack type of scenery by in large. You notice that flute accents present this image of a fruit tree in a garden, whereas the electronic parts instill a modernized sound staple, almost club-friendly, party on the yacht in part with this boom-boom feature force.

A synthesized sound joins up with exquisite Middle Eastern female vocals. Exotic vocal bits, in particular, feel entrancing and hold the track together quite smoothly and telling for the most part. A busy track in fair definition, a rather standard Southeast Asia/Indian style of extraordinary sonic creation that makes you want to move. Nothing feels placid or out of place but enticingly active all the way through. 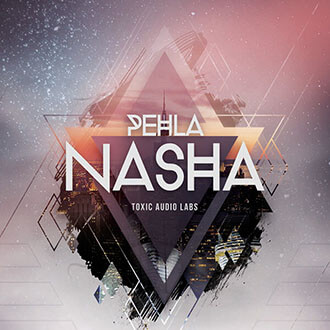 “Pehla Nasha” opens with a synthy infusion, solid percussion giving the track a strong presence, slight Hip Hop dynamics, cheering you on a vibe, a particular sporty feel to it with the background “Woah Woah!” boys doing their thing. A female presence stands out quite lush, little violin and low-pitched harmonies engulf carrying much weight, and traveling along beautifully. A few dulcimer elements have a lasting impression of fairy-tale quality, temple-like imagery. A type of beautiful architecture comes to mind, to put it lightly with the, oh so lush and exotic scales providing a nice shaping to the piece.

There is a lot of cheer quality to this one, it will make you want to get up and dance. There are mellow flute and acoustic bits in sequence to end the song on, which is quite a nice surprise as well. Again, a flute is particularly glossy and maneuvers well over the more electronic beat, which may be coming across a tad generic but it seems to work okay here with the diverse percussive landscape. Very culturally engaging, strong eastern sound, not superimposing but a good vibe all around, also a little piano is brought into the fold and leaves you wanting more. 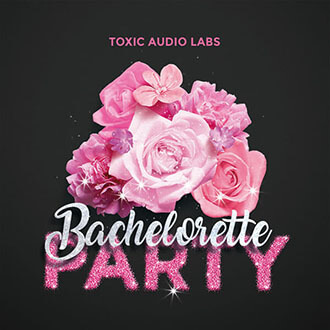 An emboldened piece that is majestic, not forceful, traditional in landscape and breathtaking. Southeastern dulcimer type of sound lends this fairy-tale quality to the track, which is pretty cool. The string section and vocal parts integrate nicely to form the rest of the shape. While you may not be so sure it feels like a bachelorette party, it has a mood and feels like a party going on inside two people. Such things combined to bring this piece to all new altitudes in terms of creativity, movement, and execution.

Poetic excellence comes in a pretty hip-hop-infused vocal package, clear, concise, romantically courteous and full of win. Something that would fit particularly well at parties, weddings, and festivals for there is a kind of an all-inclusive vibe, no sense of abstraction but a pleasant song experience with an easy listening Hip Hop groove. Some would say it’s a piece of music that feels like a good old friend. 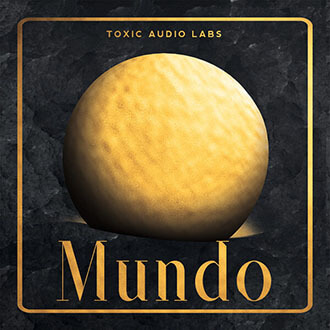 Watch your ears. A fresh highborn of rhythmic beatboxing and vocal delivery, easy to get into contemporary Hindi pop production, freestyle in formation, righteously smashing, kingly with a distinct harmony, festive ghetto blaster characteristics, furthermore inviting and hot like fire. Need more be said, a song as such pertains to what could be intended to match the dance facet or script of a Bollywood feature film.

The rhythm sports a Punjabi radio-friendly stamp, it sounds like a type of track everybody would know it. Something like this invigorates a regenerative sexiness that doesn’t procrastinate in the least but attacks with traditional tang. Tracks like these come as something to bust out in the car, “in the club” or out by the poolside as it strongly captures an all-inclusive feeling, summer BBQ good vibes, wham-glam bachelorette party jam music. “Mundo” without question feels like it’s nineteen ninety-nine with some attitude and game. 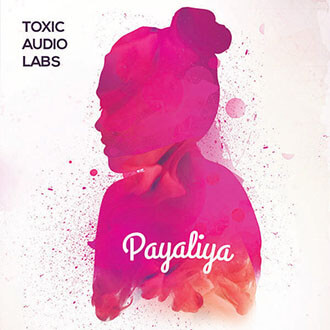 A song that will leave you excited for days to come, exhibiting potential dance moves in the traditional Bollywood sense, and giving utmost expression is the very potent sounding “Payaliya”. This song like others exhibits a party-friendly, good times vibe. It’s cheerful, chill, less boom-boom action, just pretty upbeat, subtle and sweet on the ears. There is some very interesting oud and synth dynamic if those are even the right instruments to be mentioning.

As a listener, you do notice more traditional roots noodling through the production. What’s pretty likable is that they provide a lot of flavor and structure. It’s a very interesting piece of music which can be a challenge to describe in great length. If you’re looking for something to dance to, put this on and go for it. Vocally consistent, star quality, radio-friendly, all-inclusive sound. Stellar harmonies, intricate grooves, car, club, and mansion worthy bust out some moves type of song. 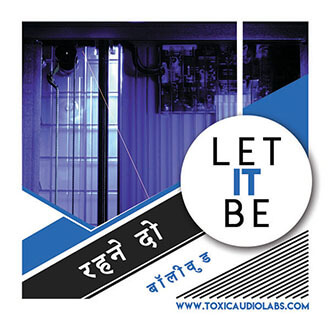 Another great and notable one is “Let It Be”. A motivating and whole sound that feels honest and has quite a bit of bounce to it. Firmly established, strong inter-city roots, vocal variation, and rhyme speed give this track much stylistic flavor, all while neighboring that Bollywood trajectory surprisingly well. Middle Eastern components still carry this track throughout and give it much weight and partnership.

Compelling flute, intricate string sections, sunbathed acoustics, and percussion inserts everything with a positivity, and one can not only come to appreciate the rhymes but the collective talent and originality that went into it. While it feels strongly Hip Hop driven, it carries its own fire. Beautiful exotic high notes, a sweet vocal that glides out of the ashes and over the Mid-Eastern strings, the beat, and flute unfolding into this awe-inspiring tapestry of sound. The rhyme busting aspects of this track alone would be enough to bring a good rumble to the frat house. Conscious lyricism, clean production but really consistent performances. 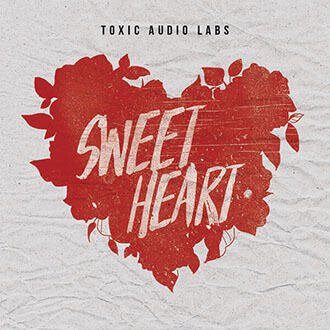 Electronically punchy, it oozes with style and some interesting licks and clicks right from the start. There is a pretty cool beat, a soft vibe, it’s very acoustic-driven and engaging but it embellishes a sweet sound in fullness. Ever so present female vocals rest easy on the ears, exotic and pure, romantic and lush, solo sounding and believable.

Nothing feels too chimerical or overhyped as one can appreciate the calmness and mood it sets. It’s exceptionally refreshing than meditative, satisfactory with a few English words from a second voice, encompassing some rap elements to the style of the song, it does have these man and woman characteristics intact while Middle Eastern strings paint the landscape of the song perfectly. It’s very poetic, glamorous, tender but existent. It doesn’t feel overproduced in any sense, nor particularly dreamy under consideration but prompt, infatuated and happening now. It’s very mellow, it takes on a Bollywood entrenched Hip Hop dynamic holding true to a pop song flare. 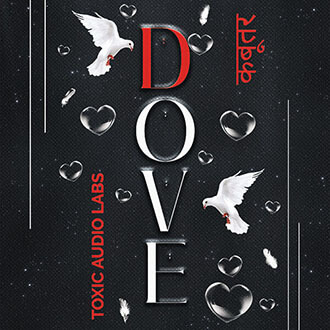 There is a rather obscure introduction with faint spoken bits and muffled flute, but you are hit with quite an unforgettable Bollywood sound nonetheless. A hip beat attacks alongside flute now being brought to the forefront of the production, where synthy elements and orchestral strings ranging high in pitch, take form and paint a beautiful portrait in your mind. Quite standalone feminine vocal work takes super exotic angles, some intricate and busy sounds are prevalent before the beat takes full force again.

There are quite honestly a lot of nifty things going on in this song. Distinct percussion and an electronic force allow a flexible ebb and flow accompanied by a Mid-Eastern arrangement. There is more breathing room with tracks like “Dove” and what you may find most enjoyable here is a harp, instruments as such which give a dreamy feel to the landscape, infused with a bit of romance, utopia, and heightened glamour. The song is very upfront and colorful, many sounds feel separated at times but shine on through cohesively splendid. Great melodies and harmony throughout. 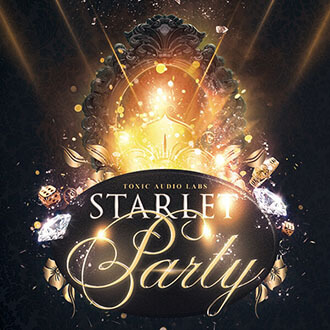 A luxurious and proud, honorable sounding little song. Scenic as well culturally lavishing is this pop-infused tune, something many could gather around to have a good time as it plays. Rich Bollywood finesse, great vocal delivery with flute scale escapades rather consistent and fun. There is an uplifting vibe, a nimbly undercurrent to “Starlet Party”, quite rhythmic, rich-sounding in style with catchy acoustic and percussion. While the mastery doesn’t come across necessarily obnoxious or blaring, it seems to be quite calculated in terms of sound elements.

As a whole, it leaves you with this pumped-up feeling, party-friendly atmosphere, high energy good feeling and the instrumentation is nothing lackluster. You may find the flute dynamics are particularly glossy in the mix and easy listening. It’s an okay song nonetheless, not super immense but highly ballroom deserving, glamorous, noble in its approach, and could pose as quite reputable in terms of being radio-friendly. You do get a sense of cohesive groove and swagger coming away from it, to say the least.