These royalty-free music tracks catch the authentic rehearsal room feeling of a Punk Rock band. Absolutely not the polished music you might be used to hear from studio recordings. Suitable for video, film, TV & radio commercials, games, multimedia applications, or any project that requires a rough, dirty and raw feel. 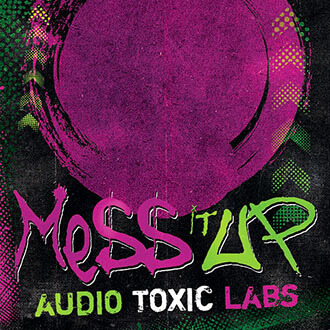 “Mess It Up” opens up with a great guitar riff, a taste of what’s to come. Aggressive drums kick things up a notch, the powerful rhythm louder than any of the other instruments. That being said, despite the volume of the percussion, the guitars are still the most interesting part of the piece. They switch from being heavy and dry to being almost lyrical, their slow chords dragging gracefully over the sharpness of the drums. This rising and falling intensity creates a stimulating listening experience, a unique touch in a genre that is often focused on being hard and fast.

Overall, “Mess It Up” is a well-composed punk rock piece that manages to be both frantic and thoughtful, thanks to the different moods created by the guitars. This makes “Mess It Up a wonderful song to listen to, but it could also be used to great effect as a background song in a situation that requires both high energy moments of reflection. 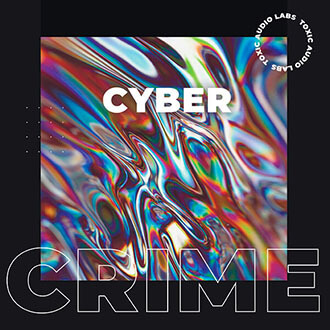 Opening with a moody guitar riff “Cybercrime” quickly picks up the pace. Gritty bass and guitars let it rip over equally hard drums. Crashing cymbals add an extra touch of aggression to the sound. The composition is simple but intense. Nothing sounds excessive, all the instruments play with purpose. The sounds layer well, producing an interesting piece of music without unnecessary showboating.

Overall, “Cybercrime” is an edgy piece that packs a punch, without any extra frills. The bare-bones composition is a perfect example of the minimalist punk rock setup. Just two guitars, bass, and a drum set, all used with enthusiasm to produce an incredibly powerful song. It might not be easy listening, but punk rock fans will appreciate it for what it is. 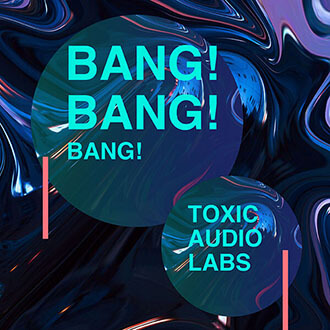 The aptly named “Bang! Bang! Bang!” is a fast-paced piece with hard rhythms. Drums are the highlight of the song. While the guitars play a relatively simple melody, the percussion is constantly changing rhythms. The drums are relentless. Although they do switch to simpler rhythm patterns at some points in the song, for the most part, the percussion is complex and intense. It has an undeniable presence, nearly drowning out the rest of the instruments.

Overall, “Bang! Bang! Bang!” is an aggressive, rapid-fire song that perfectly captures the energy and attitude of punk rock. With the intense drums and sharp rhythm, this piece is a total headbanger. Listeners will have a hard time keeping still. This song is best enjoyed with headphones on, or blasting in the car. This allows for every element to be heard. 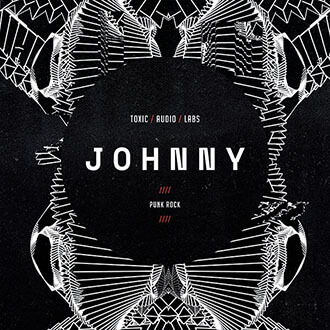 “Johnny” gives off more of a traditional rock sound, especially in the beginning. The guitars have some great, classic sounding riff. Meanwhile, strong drums, lots of cymbals, and a thrumming bass add the aggressive edge that people look for in punk rock. An interesting element is the addition of electronic noises in the background. These noises sound like feedback from amplifiers or speakers, and at some point, there’s a beep that is reminiscent of the dial tones on old telephones. They make for an unusual, but welcome, addition.

Overall, “Johnny” is simple, predictable, but really enjoyable to listen to. The electronic accents add flair, and the classic rock style riffs are a pleasant balance to the intense percussion. Thanks to this blend of styles, this song is great for people who are new to punk rock, while still being enjoyable for fans of the genre. 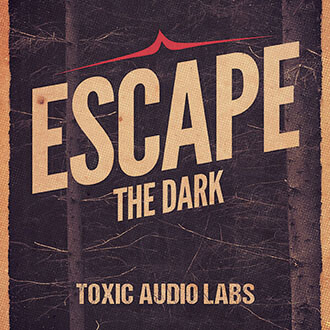 “Escape the Dark” wastes no time getting started. This piece is fast and doesn’t let up. Frantic drums dominate, alongside equally powerful guitars. Melody-wise, “Escape the Dark” is very simple, focusing on the same handful of notes. Instead, the focus is on different drum rhythms. Cymbals are used here to great effect, ringing out clearly above the rest of the noise. To add interest, there are some periods where things slow down, the guitars playing long chords instead of the sharp thrumming of the rest of the song. These slow bits do nothing to lessen the frenzied feeling of this piece.

Overall, “Escape the Dark” is the kind of song that gets your heart pumping. The entire song feels like it is moving too fast. That being said, this isn’t a bad thing. The speed and simplicity of this song are great punk rock elements, and, upon further listening, there are actually many layers to this song that keep things entertaining even after the first listen. Another great aspect of this song is the big buildup to the ending, like a train running out of steam. With many royalty-free songs favoring quick endings so the song can be looped relatively seamlessly, “Escape the Dark” takes it’s time delivering an interesting ending, a stylistic touch that is much appreciated. 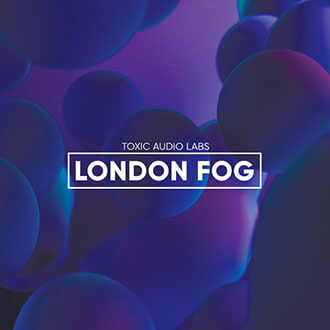 “London Fog” starts slow, but devolves into a rapid-fire of the drum. The percussion is relentless and powerful, pulling all the attention to itself. In comparison, the guitars and bass, are relatively quiet, holding together the song while the drums are allowed to run wild. That being said, there are opportunities for the guitars to show off, and they do so willingly. As a result, there are areas in the piece where the listener is treated to some incredible riffs. A satisfying final touch is the great drum solo at the end.

“London Fog” is a wonderful example of minimalist composition done well. Despite the bare-bones set-up of punk rock, everything feels well balanced and the song has so many interesting layers. A very easy listening song, “London Fog” is definitely one to play through more than once. 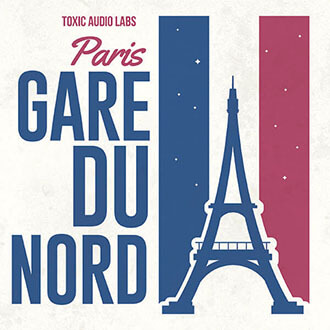 “Paris Gare du Nord” doesn’t hold back! This song goes at a truly breakneck pace, a typical staple of punk rock. This is a bare-bones song, no fancy accents here. Just the quintessential two guitars, drum set, and bass. The guitars go hard and fast, bouncing off each other to deliver a frantic, dizzying melody. Syncopated drums keep the pace, while the bass thrums under it all, rounding out the sound.

“Paris Gare du Nord” is everything great about punk rock. The speed gets the heart racing, the volume of the music is near deafening, and the melody is so aggressive it’s a wonder the guitars didn’t snap a couple strings. Punk rock fans will enjoy giving this a listen, and it’s also a fitting background song in situations that call for something frenzied and hard-core.

“School Sucks” takes its time getting started, but delivers some great punk rock sound. The guitars are deep and gritty, but their melodies still maintain an upbeat feeling. It captures the good-natured rebellion that is the backbone of punk rock. On top of the guitars, there are syncopated drums. They play a variety of rhythms, adding great flair to the simple, but effective melody.

Overall, “School Sucks” captures the youthful energy present in many punk rock songs. Righteous adolescent anger was the catalyst for many punk rock bands, and this song, in particular, is reminiscent of something cobbled together by a bunch of rebellious teens in their parents’ garage. A wonderful, upbeat punk rock song, it makes for easy listening, or as a backdrop for high school rebellion. 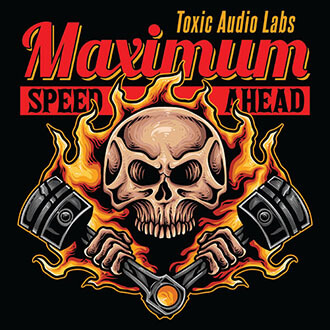 “Maximum Speed Ahead” is a quintessential punk rock song. Strong electric guitars are paired with an equally powerful drum. This piece gets in your face, demanding attention. The simple melody is accented with some great riffs, which keep things interesting, as does the frequent use of the whammy bar. While the tempo may not be breakneck pace, there is no denying the intensity of this piece.

Overall, “Maximum Speed Ahead” is a fantastic piece to listen to. It is raw and gritty, clearly not interested in sounding pretty or fancy. The composition is minimalist, but powerful, a trademark of the punk rock style. Although lyrics have been touted as a necessary aspect for the punk rock genre, the beauty of this piece is that even without vocals, it is so distinctly punk rock. An added benefit of it being royalty free music is that vocals, if desired, can be recorded and layered on top. However, “Maximum Speed Ahead” is fantastic as is. 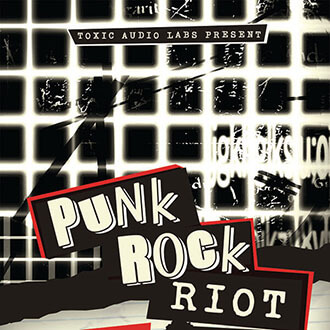 “Punk Rock Riot” is an explosion of energy. The delivery is slower, nowhere near the breakneck pace of some other punk rock songs, but it is by no means lacking in fervor. Guitars are the focus here, their hard and dry melody holding out strongly over everything else. Their sound is rounded out with good use of the whammy bar, giving an extra flair without sounding excessive. The drums, which play some incredible syncopated rhythms, hold things together in the background, along with the steady bass.

Overall “Punk Rock Riot” is nothing special in the overall scheme of things but still holds its own as a great, classic, punk rock style piece. The instruments layer on top of each other beautifully and the resulting song is complex without being convoluted. There is nothing offensive or excessive about this piece. Truly a great piece to listen to, even for people who aren’t fans of punk rock.